We've seen Travi$'s give-no-fucks attitude first-hand; he won't hesitate to put a fan, a security guard or a videographer in their place, real quick. His attitude also extends to authority figures, even T.I.P. can get some if he wants too.

During a recent interview with DJ Whoo Kid, T.I. spoke on his relationship with Hustle Gang affiliate Travi$ Scott, and how not even he can control the Houston rapper. 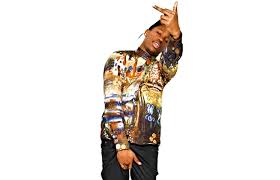 "Travi$ Scott accepts no advice or instruction from the likes of me," Tip tells Whoo Kid. "Only thing I can take credit for is recognizing his talent and putting him in the position to where he could put music out. That's the only thing I could take credit for. He is anti-establishment and anti-authority to the point where, if I suggest something to him, that's how I know he ain't gon' do it."

"I know he gon' be mad as hell for me saying this, but that man is Iggy in a black man's body," T.I. says of Travi$. We'll have to see if that statement warrants a response. What do you think?