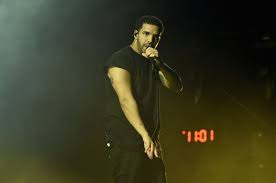 The official SoundScan report for the first three quarters of 2015 is in. Taylor Swift's 1989 is the overall top selling album, Mark Ronson's "Uptown Funk" is by far the best-selling single of the year, and Drake's If You're Reading This It's Too Late is far and away the best-selling digital album in the entire music industry.

IYRTITL has sold 951K digital copies, well ahead of Taylor Swift's 1989, which has sold 809K. The drop-off is even steeper between after that, with the #3 best-selling digital album of the year being the 50 Shades of Grey soundtrack. Hip hop is actually quite-well represented on the list, taking up 5 spots on the top 10 (if you count The Weeknd):