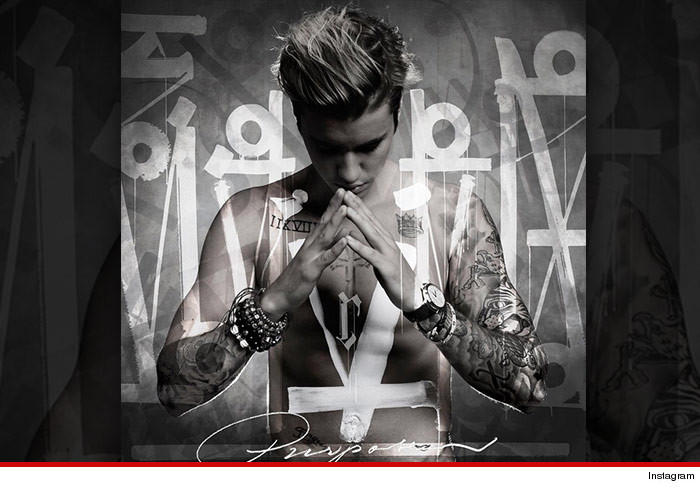 Topless Justin Bieber and symbols of Jesus Christ -- two things that just won't fly in the Middle East, where Justin's new album has been rejected for being too provocative.

Sources close to the situation tell TMZ ... Bieber's "Purpose" album is getting the bum's rush in several Middle Eastern countries, as well as Indonesia -- predominantly Muslim regions. We're told the issue is twofold: Justin being shirtless, and the cross tattoo on his chest.

We're told team Bieber is scrambling right now to come up with an alternate cover for those countries -- 'cause let's face it, the bottom line is pushing the music and making money.