We take a look at the many artists Dr. Dre has pushed for over the course of his decade-spanning career.

Dr. Dre is one of the most legendary figures in hip hop history. From his early days with the influential N.W.A. through to his most recent release Compton, the 50-year old artist has conquered multiple industries. For us, his most important contributions have been to rap music.

Dre has an ear for hot music, and he's proven that many times over the course of his thirty-year career. He's had a hand in introducing the world to the likes of Snoop Dogg, Eminem, 50 Cent, Kendrick Lamar, and so many more artists. Even Compton helped to put on artists like King Mez and Anderson .Paak, who are making constant headlines since collaborating with the Doctor. 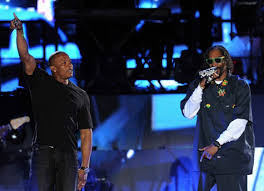 We wanted to shine the spotlight on some of the artists, both popular and rising, that Dr. Dre has put on over the years. Here's ten of the dopest MCs the Doctor recommended.