Gaithersburg, Maryland native Logic (born Sir Robert Bryson Hall II) has amassed a large, dedicated fan base over the years, whom he calls the RattPack and BobbySoxers.

Logic grew up in a hectic environment, full of racism, drugs, and alcohol abuse. He dropped out of high school, was kicked out of his mother’s house, and soon found himself living in his friend Lenbo’s basement. It was there that he would hone his craft of making music, along with his friends 6ix and C Dot Castro.

He released his first mixtape Young, Broke, and Infamous in 2010 which caught the ears of Chris Zarou, president of Visionary Music Group. From then through 2013, Logic released one mixtape a year through VMG. Shortly after being revealed as a 2013 XXL Freshman, it was announced that Logic had signed to Def Jam Recordings and his debut album would be executive produced by legendary producer No I.D. Through all this, Logic headlined three of his own national tours and a European tour, and toured with Kid Cudi and Krewella.

Logic’s highly anticipated debut album Under Pressure was released October 21, 2014 through VMG and Def Jam and debuted at #4 on the Billboard Top 200. At the top of 2015, he completed his first world tour The Under Pressure Tour. 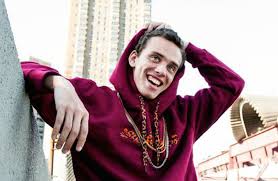 At the beginning of 2015, the hashtag "#LogicAlbum2" began appearing on social media and later posted by Visionary Music Group and Logic, hinting that he has began to work on his sophomore album. This album was confirmed on September 8, 2015. The sophomore effort, entitled The Incredible True Story, is slated to be released on November 13, 2015. On September 22, Logic released the first single from the album, titled "Young Jesus" and featuring his longtime friend Big Lenbo. 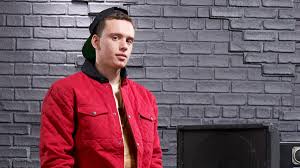 Logic also has performed the song "Like Woah" at various concerts and festivals. He has said that the song will be on his sophomore album. The album took nine months to create, and is considered by Logic to be more fun than his freshman release "Under Pressure". . On October 6, via Instagram, Logic announced that November 13, 2015 will be the release date.